We begin with the same wooden bases described in the Origami Koi Lanterns, but with these lantern covers painted by the Tracks (the 4- and 5-year olds) uses tracing paper. Tracing paper holds the paint (we used both tempera and watercolors) above the surface. This gives the lantern covers a kind of sheen. The tracing paper also gives us the luminosity needed for the candle glow and is not as fragile as rice paper.

The Tracks lanterns traditionally features the final visual word or sentence in a conversation that has flowed over the course of several weeks and even months. Here, the children revisit the sketch process from their Fall Chris Martin paintings using permanent marker to place lines and shapes on the paper. That same day, they applied gold and silver tempera. Then two days later, they applied red and magenta watercolors. These colors were chosen to echo the Klimt paintings from just a few weeks before. 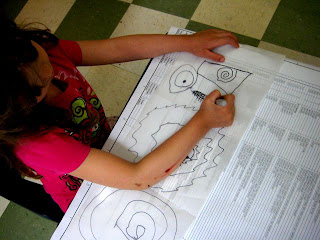 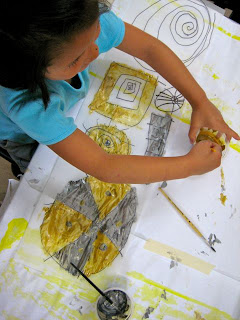 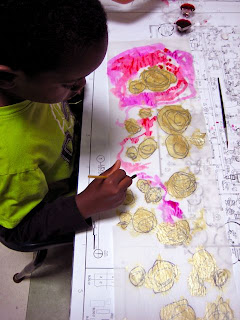 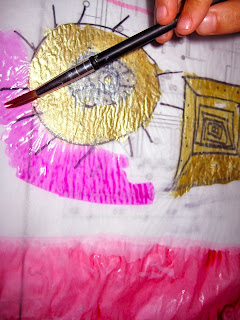 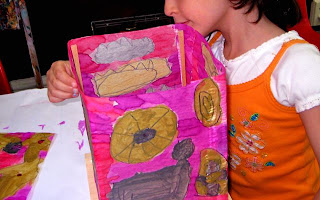 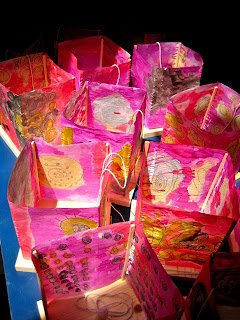 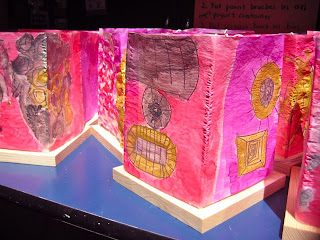 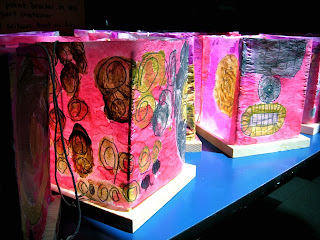