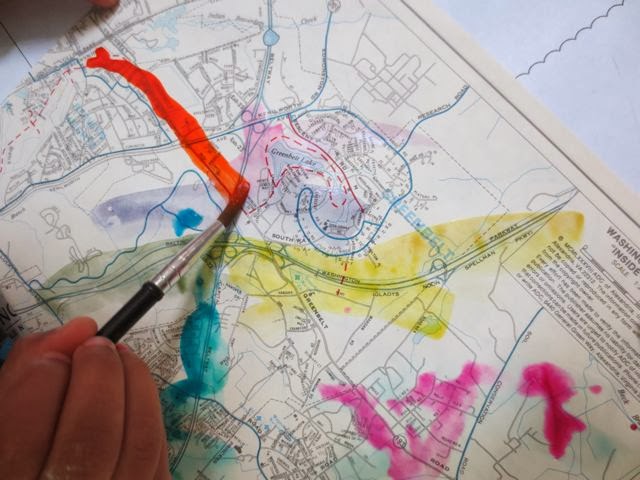 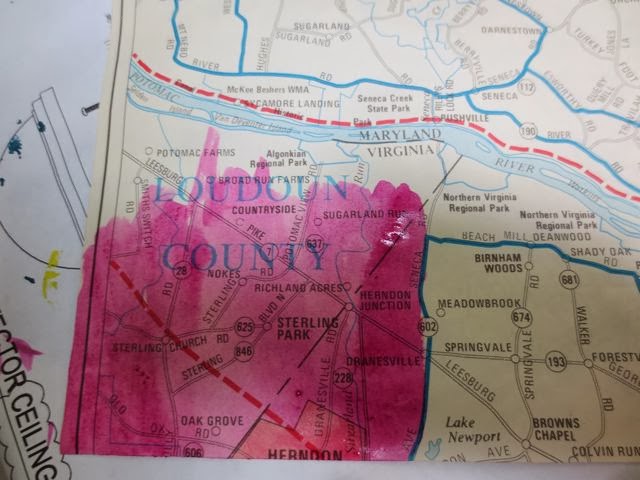 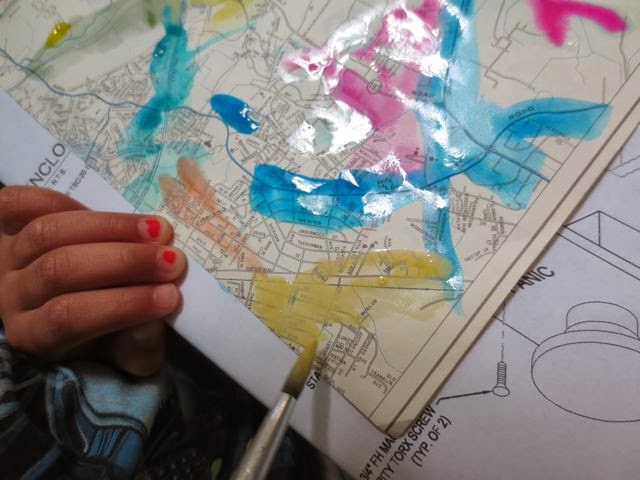 Early during each school year, the "Tracks" 4 and 5-year olds, paint maps. This year, I used a vintage set of maps. The pages were a little bit yellowed with age and there were rich colors already on the maps. These seemed special to me and I wasn't sure how we would add a second layer, also something the Tracks do each year. For example, last year they added egg shells. What would we do this year?

We finished this first layer of watercolors just before I left for Iceland in October 2013 and I stored them for later. I found them again in December. When I was in Iceland, I noticed that all of the schools we visited used the black lava gravel in the artwork. Early childhood educators KNOW how to use the materials they find all around them. For free.

These are just a few of the lovely works we saw in Iceland. 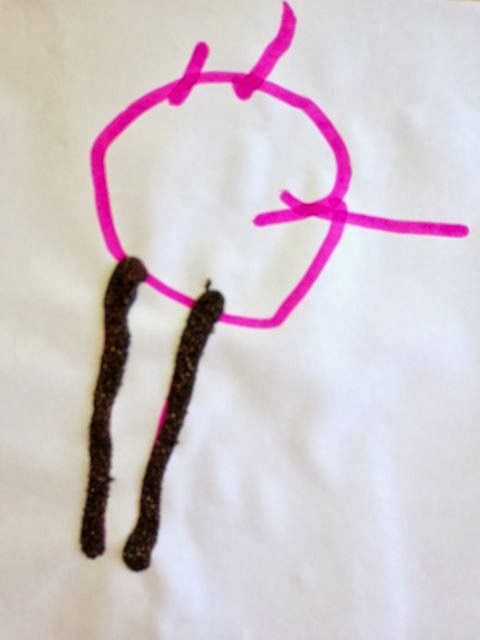 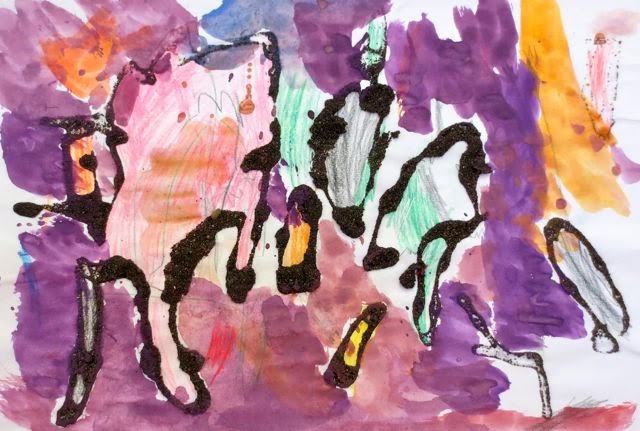 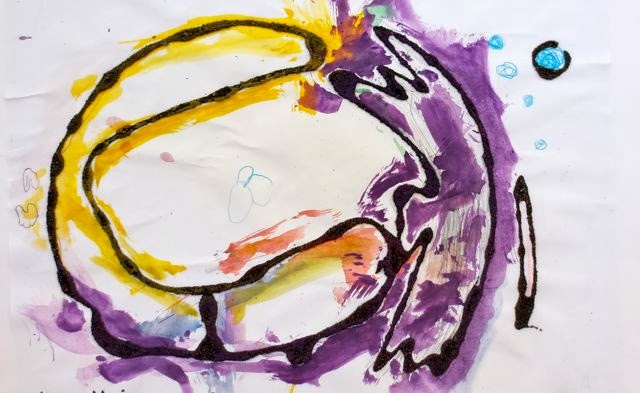 I couldn't bring back lava gravel from Iceland, my bags were already filled with other treasures, but believe me I considered it! We used black pipe cleaners to try to achieve that same kind of black line, but it wasn't the same. First of all, a pipe cleaner will not offer an expressive line. It just won't flow like glue and sand. To attach it to the page, it required a mixture of hot glue and white glue, so the artist did not have the time or dexterity to shape the line. Off the paintings went into storage again, they just didn't feel finished.

Only to be reworked in January. I happened to be in IKEA and they had black sand!!!! Score!!! 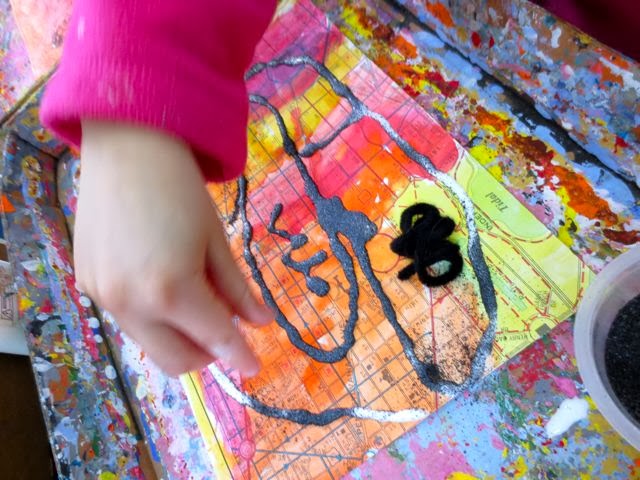 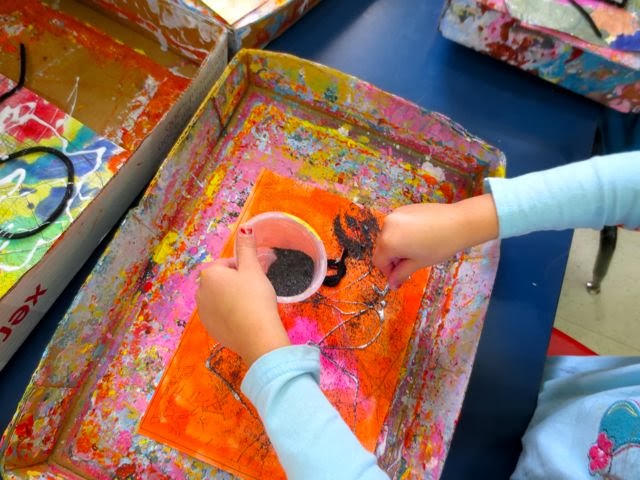 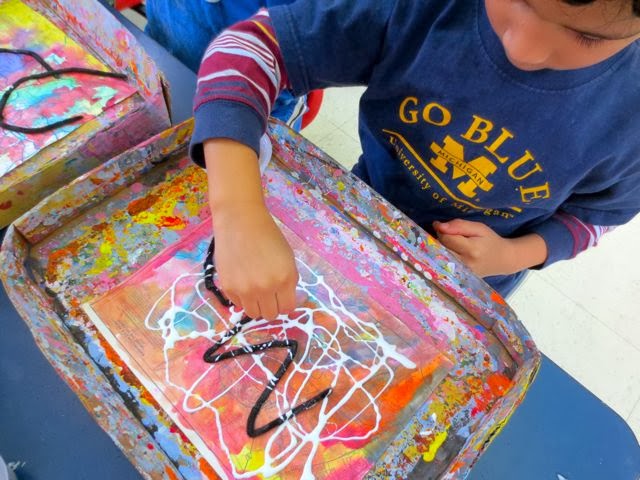 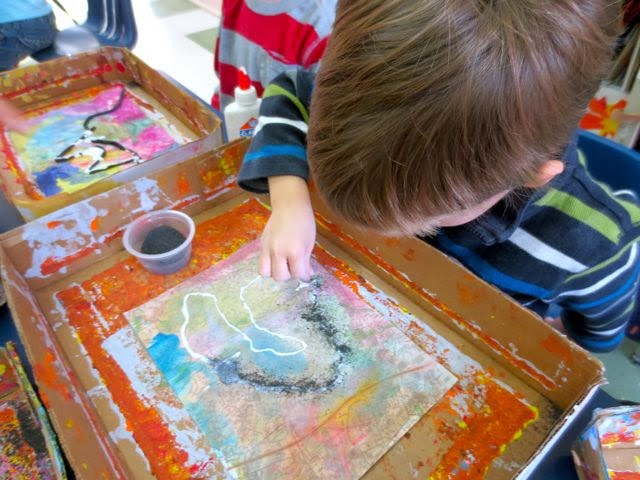 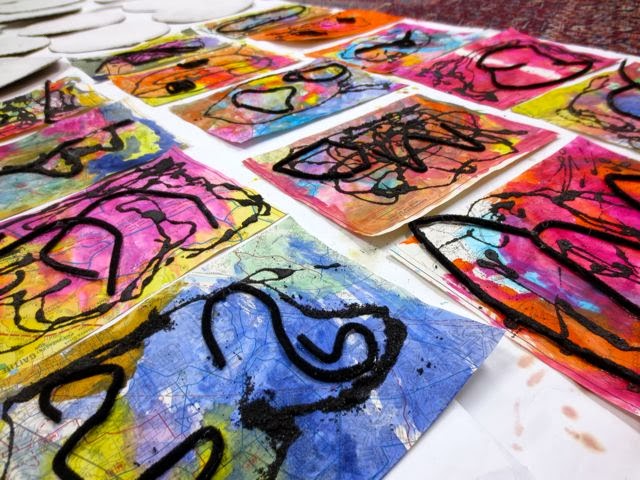 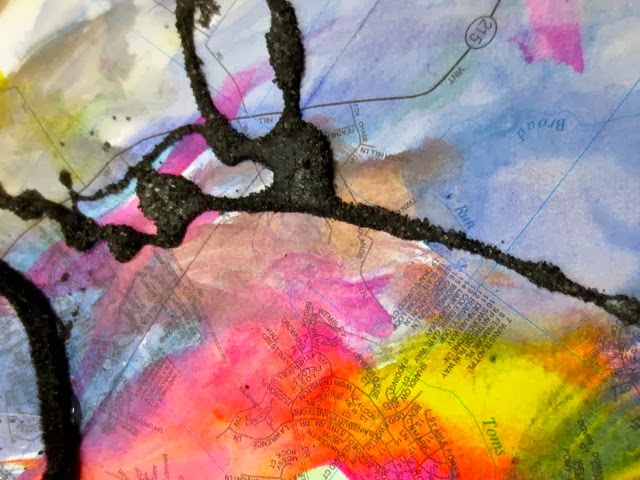 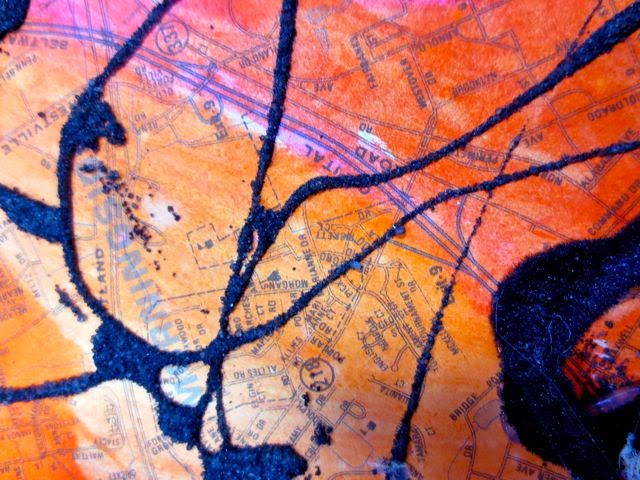 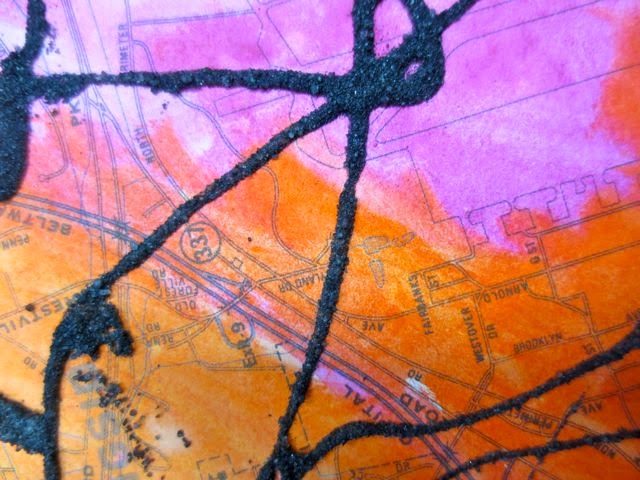