The process began with a field trip and progressed in short order (around 4 weeks) to finished buildings. The final step which is part of our look twice approach is to display the work along with child-friendly documentation of the process.

Displaying these ended up being the biggest challenge in the end. I originally envisioned attaching them to the wall with lots of tape. With the first building, it became immediately evident that this method would not work. I specifically chose one of the heavier boxes to test out. The weight along with the inconsistent surface of the painted and then glued box would not connect the tape to the similarly inconsistent surface of the wall.

So I decided to glue the houses onto large sheets of construction paper and then mount these in sections to the wall. Success! The final touch was the documentation. I lined the space below the street with photographs of the field trip and building construction process and these images below of mounting the exhibit! 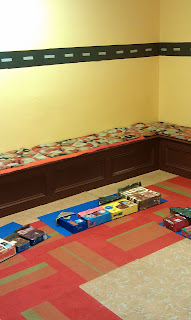 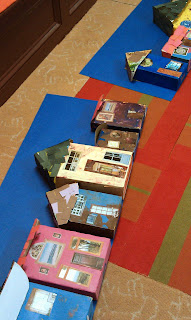 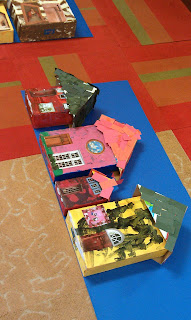 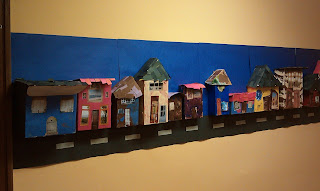 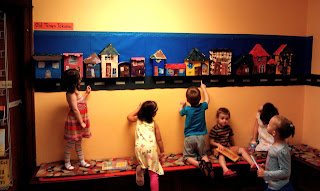 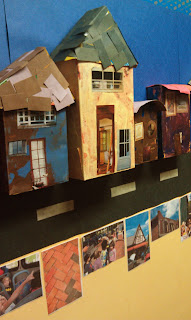